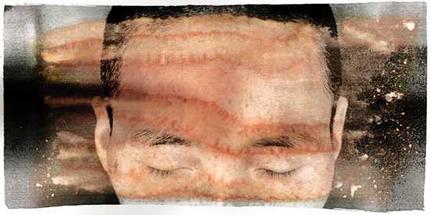 Are you really as objective as you think you are?

You might think that you are a rational, and logical person. You might think that you don’t judge people. You see yourself as open-minded. Are you really as objective as you think you are? As Gary Craig used to say, “Everybody judges everybody else, period. You just have to get over it and not prevent this from stopping you from fulfilling your dreams.” There is a natural human tendency to jump to conclusions and make assumptions based on any given situation. These short cuts are known as heuristics and along with motivational factors and societal influences make up how we think about things quite often. Cognitive biases. These thought processes have been studied by psychologists for decades. Take a look and see if any of these sound a bit too familiar. The first list consists of decision making and behavioral biases and the second list is made up of biases in beliefs and probabilities.

Anchoring – the common human tendency to rely too heavily, or “anchor,” on one trait or piece of information when making decisions.

Base rate fallacy – the tendency to ignore available statistical data in favor of particulars.

Bias blind spot – the tendency to see oneself as less biased than other people.

Choice-supportive bias – the tendency to remember one’s choices as better than they actually were.

Confirmation bias – the tendency to search for or interpret information in a way that confirms one’s preconceptions.

Congruence bias – the tendency to test hypotheses exclusively through direct testing, in contrast to tests of possible alternative hypotheses.

Contrast effect – the enhancement or diminishing of a weight or other measurement when compared with a recently observed contrasting object.

Denomination effect – the tendency to spend more money when it is denominated in small amounts (e.g. coins) rather than large amounts (e.g. bills).

Endowment effect – “the fact that people often demand much more to give up an object than they would be willing to pay to acquire it”.

Experimenter’s or Expectation bias – the tendency for experimenters to believe, certify, and publish data that agree with their expectations for the outcome of an experiment, and to disbelieve, discard, or downgrade the corresponding weightings for data that appear to conflict with those expectations.

Extraordinarity bias – the tendency to value an object more than others in the same category as a result of an extraordinarity of that object that does not, in itself, change the value.

Focusing effect – the tendency to place too much importance on one aspect of an event; causes error in accurately predicting the utility of a future outcome.

Framing – using an approach or description of the situation or issue that is too narrow. Also framing effect – drawing different conclusions based on how data is presented.

Hyperbolic discounting – the tendency for people to have a stronger preference for more immediate payoffs relative to later payoffs, where the tendency increases the closer to the present both payoffs are.

Illusion of control – the tendency to believe that outcomes can be controlled, or at least influenced, when they clearly cannot.

Impact bias – the tendency to overestimate the length or the intensity of the impact of future feeling states.

Information bias – the tendency to seek information even when it cannot affect action.

Interloper effect – the tendency to value third party consultation as objective, confirming, and without motive. Also consultation paradox, the conclusion that solutions proposed by existing personnel within an organization are less likely to receive support than from those recruited for that purpose.

Irrational escalation – the phenomenon where people justify increased investment in a decision, based on the cumulative prior investment, despite new evidence suggesting that the decision was probably wrong.

Just-world phenomenon – the tendency to rationalize an inexplicable injustice by searching for things that the victim might have done to deserve it.

Loss aversion – “the disutility of giving up an object is greater than the utility associated with acquiring it”.

Mere exposure effect – the tendency to express undue liking for things merely because of familiarity with them.

Money illusion – the tendency to concentrate on the nominal (face value) of money rather than its value in terms of purchasing power.

Moral credential effect – the tendency of a track record of non-prejudice to increase subsequent prejudice.

Need for Closure – the need to reach a verdict in important matters; to have an answer and to escape the feeling of doubt and uncertainty. The personal context (time or social pressure) might increase this bias.

Negativity bias – the tendency to pay more attention and give more weight to negative than positive experiences or other kinds of information.

Neglect of probability – the tendency to completely disregard probability when making a decision under uncertainty.

Normalcy bias – the refusal to plan for, or react to, a disaster which has never happened before.

Outcome bias – the tendency to judge a decision by its eventual outcome instead of based on the quality of the decision at the time it was made.

Post-purchase rationalization – the tendency to persuade oneself through rational argument that a purchase was a good value.

Pseudocertainty effect – the tendency to make risk-averse choices if the expected outcome is positive, but make risk-seeking choices to avoid negative outcomes.

Reactance – the urge to do the opposite of what someone wants you to do out of a need to resist a perceived attempt to constrain your freedom of choice.

Restraint bias – the tendency to overestimate one’s ability to show restraint in the face of temptation.

Selective perception – the tendency for expectations to affect perception.

Semmelweis reflex – the tendency to reject new evidence that contradicts an established paradigm.

Von Restorff effect – the tendency for an item that “stands out like a sore thumb” to be more likely to be remembered than other items.

Wishful thinking – the formation of beliefs and the making of decisions according to what is pleasing to imagine instead of by appeal to evidence or rationality.

Zero-risk bias – preference for reducing a small risk to zero over a greater reduction in a larger risk.

Ambiguity effect – the tendency to avoid options for which missing information makes the probability seem “unknown.”

Anchoring effect – the tendency to rely too heavily, or “anchor,” on a past reference or on one trait or piece of information when making decisions (also called “insufficient adjustment”).

Attentional bias – the tendency to neglect relevant data when making judgments of a correlation or association.

Authority bias – the tendency to value an ambiguous stimulus (e.g., an art performance) according to the opinion of someone who is seen as an authority on the topic.

Availability heuristic – estimating what is more likely by what is more available in memory, which is biased toward vivid, unusual, or emotionally charged examples.

Availability cascade – a self-reinforcing process in which a collective belief gains more and more plausibility through its increasing repetition in public discourse (or “repeat something long enough and it will become true”).

Belief bias – an effect where someone’s evaluation of the logical strength of an argument is biased by the believability of the conclusion.

Clustering illusion – the tendency to see patterns where actually none exist.

Capability bias – the tendency to believe that the closer average performance is to a target, the tighter the distribution of the data set.

Conjunction fallacy – the tendency to assume that specific conditions are more probable than general ones.

Gambler’s fallacy – the tendency to think that future probabilities are altered by past events, when in reality they are unchanged. Results from an erroneous conceptualization of the Law of large numbers. For example, “I’ve flipped heads with this coin five times consecutively, so the chance of tails coming out on the sixth flip is much greater than heads.”

Hawthorne effect – the tendency to perform or perceive differently when one knows they are being observed.

Hindsight bias – sometimes called the “I-knew-it-all-along” effect, the tendency to see past events as being predictable.

Illusory correlation – beliefs that inaccurately suppose a relationship between a certain type of action and an effect.

Neglect of prior base rates effect – the tendency to neglect known odds when reevaluating odds in light of weak evidence.

Observer-expectancy effect – when a researcher expects a given result and therefore unconsciously manipulates an experiment or misinterprets data in order to find it (see also subject-expectancy effect).

Optimism bias – the tendency to be over-optimistic about the outcome of planned actions.

Overconfidence effect – excessive confidence in one’s own answers to questions. For example, for certain types of questions, answers that people rate as “99% certain” turn out to be wrong 40% of the time.

Pareidolia – a vague and random stimulus (often an image or sound) is perceived as significant, e.g., seeing images of animals or faces in clouds, the man in the moon, and hearing hidden messages on records played in reverse.

Pessimism bias – the tendency to be over-pessimistic about the outcome of planned actions.

Disregard of regression toward the mean – the tendency to expect extreme performance to continue.

Stereotyping – expecting a member of a group to have certain characteristics without having actual information about that individual.

Subadditivity effect – the tendency to judge probability of the whole to be less than the probabilities of the parts.

Subjective validation – perception that something is true if a subject’s belief demands it to be true. Also assigns perceived connections between coincidences.

Survivorship bias – the tendency to concentrate on the people or things that “survived” some process and ignoring those that didn’t, or arguing that a strategy is effective given the winners, while ignoring the large number of losers.