In EFT, we work with the meridian channels or pathways to unblock energy. 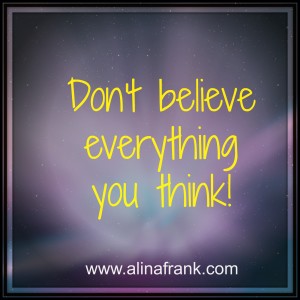 The Discovery Statement made by EFT’s originator, Gary Craig, is that the source of all negative emotion is indeed a disruption in the energy system. The energy being referred to in this instance is Chi. There is another type of energy which is equally as powerful in the body which many people haven’t heard of – Ching. The difference between Chi and Ching is its use in sexual energy work. Chi is vital life force energy and we all have this in abundance. Many of my clients can actually feel Chi as energy or tingling that moves when we tap. Ching is sexual energy that is stored in the sexual reproductive areas of our bodies. What you have to know about Ching is that it is the combination of the Chi that comes from all other areas of the body. Chi contributes to Ching energy.

Scholars of Chinese energy claim that nearly 30-40% of all our daily Chi energy goes towards building of Ching. If Chi is the energy that focuses on our bodily processes, then Ching is the energy that strives for creation and expansion – our natural state of being reproductive creatures. The most potent force in the Universe is the energy that created you when your biological parents mated! In our society women are often portrayed pure and virginal or completely nasty and dirty. We are capable of so much more than a physiological thrill when we hold sex as a sacred act of love.

During periods of what I term “high sex” many people report the loss of time, the melding of bodies, and the feeling of being deeply connected to one’s partner. Breathing is often synchronized during high sex and it’s as if you are in complete rhythm with one another often picking up on very subtle cues that lead you to greater ecstasy. Orgasm is the expression and release of Ching in the body. The exchange of Ching between partners is the natural part of love making. There are many schools of thought that focus on using this energy for spiritual enlightenment and alchemy. One report found that 33% of Americans surveyed said that had spiritual experiences while making love.

Here’s an example from my practice that illustrates the power of successfully achieving this state of bliss. Melissa came to see me because she wanted to lose weight. After a few sessions that focused on cravings, and the emotional drivers for her weight retention I felt an intuitive hit that it might be related to sex. I asked Melissa, “If there was a connection between your sex life and your weight issues, what would that be?” Melissa immediately began crying and we spent the next few minutes bringing down the intensity. As an intimacy coach I see the connection between fear of losing weight and unwanted sexual advances due to past trauma quite often yet this felt different. Melissa told me that her sense of it was that she was repressing her desire to have a fulfilling sex life by overeating. We went on to tap on the beliefs surrounding her libido including a few instances where her mother criticized her for appearing too sexually provocative. There was also an incident where a friend had caught her self-pleasuring.

No other work was done on Melissa’s weight issues. Within 3 months Melissa easily reached her goal weight, was able to reignite the passion in her once sexless marriage, and she even received a promotion. That’s the power of unleashing your Ching and Chi with EFT!