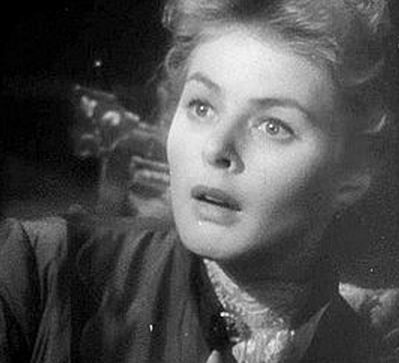 The term for emotional abuse in a romantic relationship, gaslighting, was clearly describing many of my clients’ issues.

When I first came across the term and definition of “gaslighting”, I realized that this term for emotional abuse in a romantic relationship was very clearly describing many of my clients’ issues. I couldn’t believe how many times I had actually worked with my clients on this problem. Gaslighting gets its name from a movie made in the 40s with Ingrid Bergman starring as the wife of a man who is trying to make her think she’s crazy. In the movie her manipulative husband goes to the attic from time to time and fiddles with the gas light in the house. When she reports seeing something happening with the light he tries to make her feel like it’s her perception. He also plants objects in her clothes unbeknownst to her that she later finds and wonders about. That in a nutshell describes the tactic of a gaslighter – make your victim/target think that they are wrong or not in touch with the truth. By doing this repeatedly the target starts to question whether they are indeed mistaken. Done long enough, and with some preexisting conditions in place which I’ll explain later, the target feels like they are going insane.

One of the most common ways that an aggressor begins his campaign of gaslighting happens when they are about to be caught in a lie or the target perceives something about the aggressor that the aggressor doesn’t want to admit, usually something about himself. The gaslighter then not only lays a foundation of doubt but is very convincing about it. Little by little they will start to lay doubt in the mind of the accuser and they will start to question their own perception of reality. There was a client I was helping with this who had found an inappropriate text message from an old girlfriend of her husband’s on his phone. When she confronted him about it he denied it ever happened and that she must be “seeing things”. My client had been under a lot of stress at the time and he used that against her, “Really dear, you’ve been trying to juggle so many things lately, is it any wonder that you’ve thought you saw something?” Another client recalled how every time she told her partner that he had said something in the past he told her that she had a bad memory and that he never said them. Another way in which a gaslighter operates is that he carefully crafts the arguments. Many of these individuals are highly intelligent so you always feel like you can’t win an argument and because they always need to be right, you won’t ever win.

If this behavior weren’t bad enough, aggressors will be convincing to others outside of the relationship that they are nice, kind, considerate, loving and would never be capable of what you are accusing them of. They can take years to carefully and methodically build an ironclad image beyond reproach. There is a well-known, much loved and adored comedian who is currently being accused of such acts. His victims report him says things like, “Who would believe you?”

Here’s a typical case study of my client Joanna. Joanna was still reeling from the breakup of her last boyfriend. She had sworn off all men in her life but knew that that decision, made 7 years before she saw me, was interfering in her ability to grow her new coaching business. “There’s just the feeling that I gave up on my dream of being in relationship and I’ll give up on my dream of my practice when I go through a struggle in my business”. We worked on several gaslighting scenarios involving her ex, George. A few involved George saying, “You are much too sensitive, who would ever put up with you?” We used EFT to collapse the feelings still remaining around him but then moved on to the underlying preexisting condition I find with more targets of gaslighting – low self-esteem and self-worth.

Joanna had grown up in a household where she was the lost middle child. Her parents ignored her while praised every accomplishment of her older sister’s and showered her younger brother with attention for being the “little Prince”. Together in session and between Joanna was able to gain a real love for herself She knew that part of the problem with George had been her willingness to accept his manipulations because she was afraid at the core she really wasn’t loveable. Not only did her newfound confidence in herself translate short after our work into doubling her client list but she recently wrote me to tell me that she was engaged.