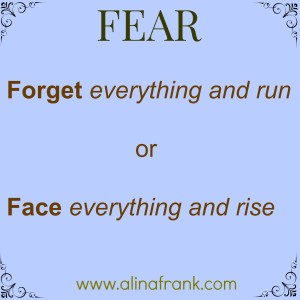 Sometimes I get feedback from my EFT students that they think I have it all together and don’t really ever need to tap. That assumption may even carry over into the notion that as an instructor, I should certainly be able to do my own tapping and probably never need help from another EFT practitioner. Well, that’s a myth. Here is a recent example of how I recently needed a practitioner to tap with me on something that was really getting under my skin and throwing me off my game.

I was working with several women who left a work environment where the male CEO was acting sexually inappropriately. One woman client told another co-worker and pretty soon I was assisting several that had experienced the same thing; the CEO had openly discussed the size of his, well, “manhood”, and that he was overhear telling a manager, referring to one of the women, that “he liked ‘em tight with short skirts” and so on. I was helping them tap so they could release their fears enough to be able to file a complaint suit and pursue a sexual harassment claim. All three of these women were scared of the CEO as they felt that he might be unstable and had plenty of both power and money. In addition to that, they felt unsafe and intimidated by upper management as well. During the ensuing investigation, my name arose. I found out that this CEO had heard about what I was doing by supporting these women who had filed the claim and he had told several people that he was “coming after me”, one of whom told me. The day I found that out, I stayed awake the entire night unable to sleep. The next day I immediately scheduled myself a session with a colleague.

We began with tapping on my fear of what “coming after me” meant. Was he going to try to harm me or my family? Was he going to hire a private investigator to find out that I missed paying my taxes 30 years ago? What could he do to me? We tapped on all those fears and the common feeling was a sense of impending doom. Suddenly I heard myself say aloud exactly what I’ve heard my clients say a million times when something bubbles up to the surface, ready to be worked on, “I don’t know why I am thinking about this, but I am remembering an event”, and for me the event was a situation that happened to me in while I was attending college.

I shared with her something I had long forgotten. I was 19 years old and living in Atlanta, GA with two female roommates in a beautiful old Victorian house in a funky part of town. The rent was reduced because the landlord had an employee living in the basement of the house named Will. Will’s basement apartment had a separate entrance and we rarely saw him. We were told that he was mentally unstable. One day I was home alone. I had just finished showering, put on a towel and left the bathroom to go into my bedroom. The wood floors of this old house had ornate metal grates in them for the cooling and heating system. I looked down into the dark grate because something caught my eye. I leaned over thinking that a small light colored object must have fallen through and I wanted a better look. To my utter shock and horror, when I leaned over to take a better look, the object at the base of the vent blinked! It was an eye looking back at me.

I ran into my room, locked the door and waited in terror until my roommates came home. In hushed tones I told them what had happened. As typical nineteen year old girls with vivid imaginations know exactly how to do, we worked ourselves into a hysterical frenzy. What should we do? If we tell the landlord, Will would know it was us and then he would come after us! He might even try to kill us? The feeling of Impending doom seemed to last for weeks.
Yep, you got it, a history of impending doom. No wonder I got so triggered with this recent situation! With the tapping I released the fear still held in my body about that forgotten period of my life. The moral of the story is that nothing happened with Will and nothing ended up happening with the CEO either.