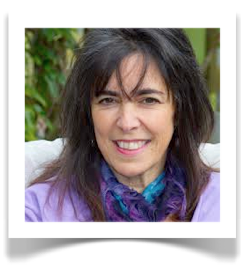 I consistently see the same mistakes among tappers, mistakes which don’t lead to good results.

As a practitioner, EFT mentor, and trainer (over 6000 clients and students around the world) I can say that I consistently see the same mistakes among tappers. The one thing I hear most often from a new client (even practitioners who are my clients) is that they just aren’t making progress and seeing really verifiable results with EFT out in the real world. The reasons are pretty basic if you’ve studied EFT for some time; however I still see this so much I thought they were definitely worth repeating.

#1 – You are still being too global/general. We know the metaphor for the forest or table top collapsing and still you want to do like the lazy baker’s son, “Killed 7 in one strike.” Well, unfortunately most of the time you simply can’t. Break it down. Break it down. Break it down. The more traumatic (and don’t judge here what is trauma for the next guy as it is very unique to each individual) the more you might have to take it to minuscule pieces. This shows up in my work with veterans where we might have to break it down to,”Even though I heard the sound of the incoming bomb,..” then onto,”Even though I am terrified as I look at my buddy’s eyes ..” We could be tapping 15 min on one incident. How do you know you’ve made progress? TEST!

#2 – You are heading to la-la land too quickly. Sure who doesn’t want to say beautiful, radiant, heart-felt, affirmations? Well when it comes to EFFECTIVELY using EFT you got to stay in the muck just a little bit first. I got another complaint the other day from someone who attends group meetings led by another practitioner who does one round then has their group attendees immediately repeat a bunch of reframes like, I forgive, I let it go, I am over it. Bulls*it! You aren’t going to convince anyone that something that was profoundly wounding is going to wiped away so quickly. Yes, I use my intuition to gauge when someone is ready to insert the positive statements but that’s because I have been doing this for so long and I …. TEST! How many of us know really sweet, conscious, spiritual people that go around all day speaking nice platitudes and their lives are a mess? Don’t end up spreading icing on a pile of manure. In the end it still stinks!

#3 – You aren’t recognizing shifting aspects. Now this one is tricky especially when working alone. Make sure your statements are very specific (see #1) and then write down what pops into your head if you have to in order to keep track of your mind as it skips from emotion to emotion and scene to scene. This is clearly an advantage to working with a professional for your own issues. I stop at the end of each round and sense a shifting aspect however when I first began I felt more comfortable just asking,”Was anything else popping into your mind as we did that round?” If the SUDs hasn’t dropped enough and you know you’ve been specific then 9 times out of 10 this is the culprit.

#4 – You don’t test enough. Gary says that this is the difference between a master and a novice and he’s right. Don’t be afraid to test your results. If you were successful it is simply great information. Rue Haas says that in order to be a great practitioner you have to be willing to be insatiably curious and being curious about why it didn’t work will cause you to become a better detective and helper.

#5 – You are allowing your own blocks to get in the way of becoming masterful. I don’t even want to tell you how many times someone tells me a story about a condition, or situation and I’ve asked,”Well, did you tap on it?” and they give me a sheepish smile. The way to get the most from EFT is DOING EFT.

Hope this gives you some food for thought; and with this, may you get the results both you and your clients deserve.