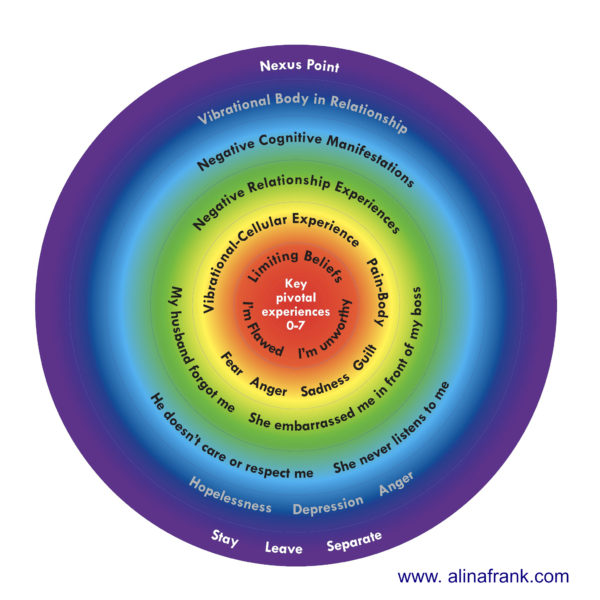 Everyday I work with clients on the issue of facing the truth about themselves or others.

Deception is so easy that I have come to believe that it’s inevitable- we tell ourselves lies to keep ourselves safe, to remain comfortable, or to prevent our life circumstances from changing.

Susan called me when she realized that her marriage was in trouble. Susan had been married for over 25 years to a man she now knew to be an alcoholic. Her husband Sam was a professor and upstanding member of their community. He was also a good father when he was sober. For years Sam had come home late from the office, spent an extraordinary amount of money on drinking at bars, and had fallen asleep early every night. Susan had married Sam years earlier even after seeing him drunk night after night because she was scared of being alone. Now she found herself feeling more alone than ever before. Sam had asked Susan to keep his drinking hidden from his parents who were recovering alcoholics.

During our sessions and on her own, Susan had to use EFT tapping to come to terms and forgive herself for all the lies she told herself especially the one in which she convinced herself that she really didn’t deserve anything more than what she had. After several months Susan was able to ask for a divorce and a year later Susan wrote, “I am now in a relationship with the man of my dreams and I can never accept anything but complete honesty from myself and him. Facing my life was one of the hardest things I’ve ever done but it was all worth it. I think I would have probably developed cancer at some point – the delusion could have seriously eaten me alive”.

Mark found me after reading an article I’d written on EFT and sex. He wanted me to help him to break free of a very unusual and destructive fetish. Mark was otherwise a happily married man and the thought of losing his wife was what compelled him to call me. After tapping on a few related events that were filled with shame and guilt, we discovered the core issue behind the acts – his denial of his financial situation. Mark for years had handled all of his family’s finances. During the market slow down Mark’s fear had made him invest in ever more riskier investments and he had lost all of the couples’ retirement funds. Each month Mark was faced with the situation of having to figure out what creditor he’d have to pay when and how much. He had never told his wife about the losses and had never dared asked her to stick with a household budget due to his guilt.

EFT completely turned Mark’s life around in profound ways. He was able to speak truthfully to his wife, he stopped his compulsion for his fetish, and was able to turn his finances around over the course of 18 months.

If you are thinking about the life you want to create for yourself in the new year, here are some ways you can begin to see the truth about yourself and others so that you can fearlessly face what needs to change:

1. Ask yourself what secret you are holding for your loved ones. Write that secret down in pen on paper. Look at it. Allow yourself to feel what it feels like to see that truth. Examples from my practice include my husband is addicted to pornography, I am in a sexless marriage, my wife drinks everyday, my son comes home high every time he goes out with his friend. Tap on what you feel i.e. “Even though I feel all this sadness that ______, I deeply and completely accept this knowledge”

2. Ask yourself what lies you hold about yourself. Write that down as well. Look at it. What does it feel like? Examples from my practice include I am having an emotional affair with my boss, I am completely unhappy in my marriage, I have never been in love with my wife, I married my husband because my parents wanted me to, I cheat the IRS by not claiming my income, I lie about my age. Next tap on your feelings about this self-deception.

3. Write down what your greatest fears are about others finding out these secrets and tap on each one.

4. List the benefits of acknowledging and facing the truth.

5. Create goals and intentions for yourself in 2014 based on this truth.