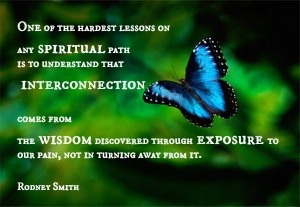 If you are over a certain age and live in the West, your physician’s visits will likely including a blood pressure check.

For better or for worse the number that it registers will influence your doctor’s decision about medications if your blood pressure doesn’t fall into the “normal” range.

One recent study showed that 30% of all reported high blood pressure readings were a result of White Coat Syndrome. Another study showed that over 90% of clinical staff performing those tests were using cuffs that were too small which also can throw off the test. There are many psychological factors that can cause readings to be inaccurate. The very fact that you are in a clinical setting awaiting a diagnosis can cause anxiety and fear which then show up as higher than normal readings.

My client Margaret came to me concerned that she would have to begin taking pills to control her blood pressure. During the session it was revealed that each time she had gone to a doctor over the years she had always received bad news. This had caused her to associate being at the doctor’s office with anticipation of bad news and her blood pressure would be high. We tapped on all past events and the stress of receiving the diagnoses. She checked her blood pressure several times at a pharmacy before going back and retesting at her physician’s office and her levels were back to normal.

Suzanne had an extreme needle fear dating back to childhood. Again with each doctor’s visit her fear was palpable. Would her doctor recommend a shot? Some blood work? Each time she visited the office her blood pressure readings were through the roof. After buying a home monitoring kit she realized it was the fear of being of going in to see her doctor that was causing the spikes. We tapped away the fear of needles and her blood pressure has remained normal.

I have also seen show up in clients who are angry with their physician or their staff. One woman described her anger at noticing the lack of respect for female patients at her physician’s office. Whether a woman was 12 or 80 years of age the office staff would come into the waiting room and ask for the women by first name only while the men were addressed by both first and last names.

My husband, a practicing chiropractor, tells me that quite a large number of his patients actually don’t like their allopathic physicians. Here are some of the reasons given for not switching to more friendly, kinder, compassionate, and caring MDs:

Studies have shown that the more rapport you have with your primary care physician the more you are likely to heal faster. A list compiled by the Mayo Clinic found that the greatest qualities a physician can have are to be confident, empathetic, humane, personal, forthright, respectful, and thorough.

Tapping on fears of going to the doctor, of receiving bad news, or of trying someone new if you aren’t completely happy, are just some of the ways to get the most out of the healing partnerships you create between yourself and any healing arts professional.